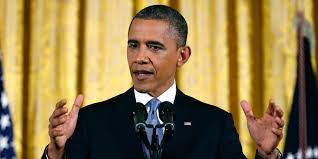 I will never forget the day Obama won, I stayed up all night at Carwash drinking soda and stressing alongside my Kenyan friends. It was the longest game I ever watched, some 12 hours the game played on and eventually the winner was declared. HOPE and CHANGE were the theme words, the world was at a precipice with the Global financial crisis looming. It was a chance to turn Left, the neoliberal project was not working, and capitalism had fulfilled its destiny of consuming itself to oblivion. If only people grasped the full extent of the second Depression, it is only that we ignored it that it never got worse, economic problems are only made worse more information not better. Obama saved the world and we will never know it, but how he saved it will have negative consequences for decades. 20m jobs lost, $8 trillion wiped off the property market, 25m lost their homes, $10 trillion wiped off the stock market. That is enough to sink a country, but we all looked away and said “Problem? What problem?” He saved the economy by saving the banks, not ordinary businesses. But who is invested in banks? People’s mortgages, car loans, savings, pensions, 401k’s, investments, the python was wrapped around the child and demanded it was fed lest it eat the child. Obama realized that the interests which secretly backed him were never going to allow his idealist vision to come to pass.

Obama is one of the biggest enigmas ever to hold the presidency, a truly private and secretive man, although he has charisma to speak in public, he prefers his privacy. This was his biggest failing in character, the inability to sit and negotiate even with fellow Democrats, to press the flesh and slap the backs. He preferred to talk privately with his advisors who were almost always unqualified. His entire foreign policy was dictated to him by a novelist barely in his 30’s, Ben Rhodes found himself with power beyond anything he could imagine, playing God with billions of lives. Valerie Jarrett was like his mother he went to seek consolation from, his gateway, she controlled who had access. He started with a bigger circle that got smaller with time, Rahm Emanuel, David Axelrod, Dave Plouffe, Jon Favreau, Scott Gibbs, all gradually left and Obama receded into his shell. His history as an outsider got him elected but hamstrung his presidency. Obama was an outsider in his own family, he looked different, even his grandparents who raised him had outdated illusions of race. He found himself in the political world, he could appeal to all, he could articulate the problems of voters. Obama is like Jefferson, a contradiction, a man better suited to private persuasion and secrecy. Jefferson was in love with a slave, she bore him four children and he loved her dearly, but he also wrote “all men are created equal” while his only children were slaves. So Jefferson, instead of realizing his ideological folly simply declared his children white. Obama came in promising no more wars, and yet he bombed more countries than any recent president, after winning the Nobel Peace Prize. Both men were constitutional professors and were able to justify and reconcile through legalese.

When we think of Obama and Africa, there is little impact to assess, his focus was mostly internal and when foreign policy arose it was mostly in the Middle-east. In this region it was the Obama Law, or Frank-Dodd act, or Wall Street Act that affected the ecoomy. One clause meant to resolve the issue of conflict minerals effectively criminalized all minerals from the region. That slowed down the mineral trade that drives the regional economy, and punished honest Rwandan miners while the black market continued unabated. His idealism on democracy was also to set him apart from Africans, he didn’t have the patience to understand that the road to democracy is long and hard. He lectured, and lectured ad lectured. What do you expect from a professor? He lectured starving people about the benefits of gay rights, the disconnect was clear, the Liberal Manhattan agenda can’t travel even 100 miles south of Washington to Virginia, let alone Africa.In the end, his benign neglect was better for Africa than negative interference. Obama got power too young, before he had any serious experience in life. A few books, a state senate seat, 2 years as a national senator and president by 47, he didn’t have the skills to bring his vision to fruition.

Obama was a good manager, nothing more, he never held true power, he ceded that to the lobbyists in Washington. His power came from an awesome organization, his own machine called Obama for America, it had 2m volunteers ready to effect change. The Democratic party was the property of the Clinton’s and this saved him their incompetence, he relied on his own machine not the party. He disbanded this army of Progressives, that was the condition for Hillary’s support, plus the Secretary of State office so she could build her platform to run after he was done. The Clinton’s have to shoulder a lot of blame for shifting the party to the Right. Bill was beloved by Black people, they even called him the “first Black president” and loooooooved him. Bill Clinton passed many laws that hurt black people. NAFTA gutted what was left of industrial black towns, Crime Bill imprisoned 1 million black men in the 90’s, Welfare bill gutted welfare to the most vulnerable, all these are Republican policies. The Clinton model or the “third way” is to have right-wing economic policies and left-wing social policies, this was copied by Tony Blair in UK and many others in Europe. To allow the exploitation of the economy by the Rich, while being pro-gay marriage to show you have a human side. Ideology is always defined by economics not social stances, the voter always votes on bread and butter issues first.

Obama might be like John Quincy Adams, of whom they say “his presidency was a total failure but he is one of the greatest presidents ever.” Quincy Adams was frustrated by obstruction, he tried to abolish slavery 30 years too early but set a date for slavery to be abolished by 1860, this set the timebomb of the Civil War ticking. Adams left power to become a congressman, he achieved more from the Congress floor than he did in the Oval Office, then he became a Supreme Court justice and protected the laws he passed. Obama is still young, he has the gravitas now, he needs to save his party from Corporate donors and narrow-minded identity politics. To move towards collecting money from members again, Bernie Sanders collected $270m from small donations but Hillary had to give 20 speeches to Goldman-Sachs to earn $12m. The political model requires you take money from donors to buy expensive TV ads, but no one is watching TV, their ratings are down 90% on the decade. So Hillary gave $1.2bn to the TV companies in ads and lost to a clown with 20m twitter followers, the model is bust so it is wasting money on bought pundits, partisan hacks and fattening the pockets of the political class. The world has changed, the Republican president is calling for protectionism, higher government spending, some kind of healthcare for all. The Democrats are calling for more damaging free trade, more war, more corporate donor agenda, tougher prison sentences, so both parties have stolen each other’s clothes. Obama can lead the Democrats into this new century, most senior Democrats are 75+ most date back to the 60’s civil rights era that birthed this incarnation of the Party of Andrew Jackson. They need new ideas or they will die. Obama’s work is not yet done.